Ms. Hopkins stood with Nigel Farage to fight for Brexit – to get the UK out from under the oppressive open-borders thumb of the E.U.

Her latest documentary, Homelands, examines the mass exodus of Europeans from their own countries as the EU and UN look to replace the indigenous population with third world migrants.

Katie was the ‘most read’ columnist at DailyMail.com; a regular guest with Sean Hannity; and a familiar face on Tucker Carlson and Fox.

A trained Economist, she has close to one million followers on Twitter; fills auditoriums wherever she goes and is the best-selling author of RUDEher remarkable handbook for life.

Katie describes herself as a Christian Conservative, with one husband and three children, something she says puts her on the endangered species list.

After screening Homelands, Katie will update us on Brexit and the latest in British politics, and take questions from the audience.

Seating is limited. Get your tickets today! 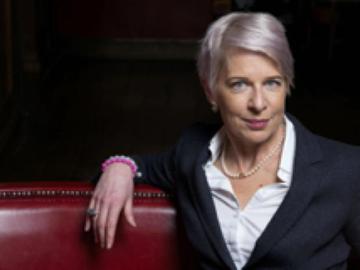